Chapter 7 – Looking down the barrel – Troupes and Artists

Brooke entered the auditorium. It was deserted except for four people sitting on chairs behind tables. She walked to centre stage and waited.

The rows of empty chairs along the aisles made Brooke feel strangely unafraid, as there really was no-one to perform to, except for the stony faces of the judges staring at her.

She shifted her weight if only to have something to do and it was then she noticed the large screen to the right. Beaming out from it was a shadowy figure. She looked more closely and realised it was…..him.

Unafraid until now, she inhaled sharply and stifled a shriek. Her feet suddenly felt stuck. The highway experience returned to where she had felt her feet glued to a stage.

Unexpectedly, a voice ringing out across the stage jolted her. For Brooke it was a welcome distraction and she used it to regain her composure.

‘Ok,’ said one of the judges, ‘If you haven’t already noticed Cinpre is on a video link. He wants to review the……talent.

He paused before motioning with his head and declared, ‘Commence after the music starts.’

Brooke wanted to run but it was not her choice. She was on her journey and had to face…this. It was the music whirling to Life which would decide her future.

As its first beat boomed out...she recognised it to be….Track # 18.

She closed her eyes and relived....those experiences. As Track # 18 demanded attention, she faced it.

Motionless, until its opening riff, she allowed the first four notes of the song to wash over her. As it stroked her senses she began to respond and relaxed into its groove.


She rotated her hips and its gentle caresses stirred her. Once again it was as if she was entering a trance. She flung her head from side to side and her hair swayed across her face and covered her eyes. She flicked her head high, revealing smokey eyes shimmering like pools of jewels in the auditorium's lights. She owned the stage, moving, leaping and stepping to his music.

She leaped from one side of the stage to the other with such reach she thought she was flying.  She anticipated the beats and responded with hip-hop movements. She shifted her body weight from one leg to the other, interspersing the moves with fast-kicking steps and once again rotated her hips.

As she did, she began to experience an unravelling. Starting in her mid-riff, it was akin to a knot, travelling around her torso, across her décolletage and upwards, around the nape of her neck where it quickly moved down the back of her spine and disappeared entirely almost as if it had left her body through the soles of her feet.

For the first time in years she felt light.

She was no longer aware of the judges nor aware of her audition. She began to dance for......herself, to traverse the inky landscape of surprise and intrigue…out there on the stage. It was her journey, a private, yet very public ride.

As she danced, her eye caught movement on the right of the stage and her gazed shifted to the video screen.

She saw it, the tall shadowy figure which had materialised on both occasions on the highway, she saw it now, and as if to acknowledge her, it moved seamlessly out of the screen, hovered and then deftly moved sideways across the rows of chairs, slowly moving upwards and spreading across the length of the ceiling.

It moved lightly and silently as Brooke watched while keeping beat. Suddenly, it slowly recoiled and regrouped itself into a long shape and moved fluid-like in a downwards motion before rearranging itself into a tall vertical shape, billowing while reaching the roof.

As Track # 18 reached a crescendo, Brooke used the energy of both the song and her dancing to face it and as she did, something quite remarkable happened.

The shape while still billowing began to whither. Brooke faced it with a steady, yet constant gaze, keeping the beat as she too appeared to hover. As she did she used the subtle forces of movement and song to further reduce its hold.

Suddenly its height was that of a small-sized adult and in a flash it darted flawlessly through the screen, jolting Cinpre as it passed.

The song ended and Brook folded into a curled position which she held for several seconds.

Unawares to her, Cinpre had stood and gestured with his right hand, a sign interpreted by the judges as a yes. All she saw when lifting her head in response to a loud, ‘Ok,’ was the darkness of the video screen.

‘Ok,’ said the judge again and as he did, he walked towards Brooke and handed her a slip and said, ‘Pass this onto reception, at the end of the exit to the right.’

Stunned, Brooke took the slip and walked out. As she did, Ginia waiting in the foyer approached her and said, ‘Brooke, how did you go? Brooke shrugged and Ginia said, 'What's in your hand..?'

Urging her on, Ginia, said 'Read it.'

Brooke looked down at the note and aloud read, 'YesOnTour #18, Br11AM.'

‘OMG,’ gushed Brooked and hugged Ginia. Together they danced around the foyer until the receptionist interrupted and Brooke handed her the slip.

With that Brooke was handed a piece of a paper and was told, ‘You’re going on the ‘Sand and Sea across the Globe Beach Tour 2014’ . She smiled and said, 'Well done.'

As if singing, Brooked replied, ‘thank you, thank you.’

Stepping outside, Ginia turned to her and said, ‘Brooke, you sure did do some dancing in there.….’

‘Ginia, nodded, not really certain what Brooke was talking about and simply said, ‘Let’s go celebrate.’

Brooke smiled and said, 'Ok,' and in a long while she suddenly felt free... 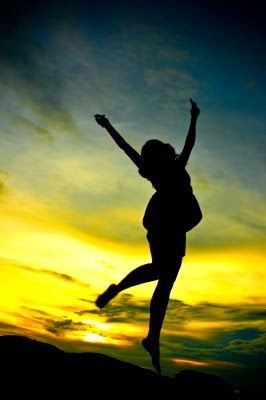 Image courtesy of Kongsky at FreeDigitalPhotos.net

The Closing Chapter – Troupes and Artists