Chapter 2 - At her mercy

He felt unusually calm and dozing he dreamt she was close to him sipping coffee. He gestured for water and like many dreams where characters and themes change rapidly, his dream switched and he found himself with people he did not know, laughing and talking.
He drifted in and out of consciousness and in his restlessness, he flung his arm across the bed and his hand fell on an object. Its contents spilled out under the sheets.
The movement startled him and he awoke. Not sure if it was his dream or whether it was real, he lifted the sheets to check. The opened covers displayed a collection of white pills spread out and the opened container. He drew the sheets over them.
Blinking and focusing his eyes, he studied the picture facing him. It was one of those mass produced prints sold in $2 shops. The boss' wife had given it to him while he was in rehab. It depicted a mountain horseman racing down a hillside in pursuit of wild brumbies.
He blinked, imagining the horseman leaping out of the painting whisking him away. Doubled up, they'd race down the hillside together and arrive safely on the flat only to gallop across the Alpine Plains around Mount Tantangara where wild brumbies gathered.
He sighed and this time fell into a deep and sound sleep.
He woke to the sounds of life, traffic outside and light streaming through a gap in the curtain. He must have slept right through and he knew she’d soon be here.
Sure enough, the sounds of the keys in the lock signalled her arrival. This time however, he was prepared. He moved his hand under the sheet and felt…..them. He could hear her in the kitchen preparing lunch and he waited.

‘Ok Matt,’ she called as she entered the room with a bowl of substance and her coffee. She sipped it before placing the cup on the bedside table and put the bowl on the bed. She scooped up a spoonful of the mash and guided it towards his mouth. To her surprise Matt parted his lips and she fed him without the battle. ‘Wonderful,’ she exclaimed. Relaxing, she grabbed her coffee and took a few sips before placing it again on the bedside table.
He accepted a few more spoonfuls before gesturing for a drink. Happily she rose and said, ‘You’re being good today Matt. I’m gonna get you juice.’
While she was gone, Matt fumbled under the covers until his good hand rested on the pills. He picked them up and with all his strength rolled left-ways and stretched his arm across the gap between the bed and bedside table, willing his trembling hand, he dropped the pills into the half-full cup of coffee.
Exhausted he collapsed, sinking his head into the pillows. She re-appeared with the juice and he took sips while she casually drained her coffee.
She got up and busied herself, humming. ‘You know,’ she called out, ‘I didn’t tell you, I’m house-sitting just down the road, so no driving for me, ha, ha. I got me a good set up, Matt…’
She yawned loudly and exclaimed, ‘Geez, you’re wearing me out, all the work I’ve gotta do. I’m leaving early, still signing my timesheet at 4 though.’
Not long after, she grabbed her bag and left.
Matt roughly calculated the dosage by the effect time and he smiled quietly. 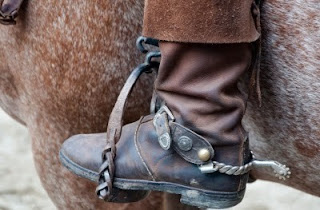 Image courtesy of franky242 at FreeDigitalPhotos.net