She hadn’t meant to, it was just her circumstances were such that, well it just….happened.

She’d known him for a few years. She liked him. He was complex and gave off mixed signals…but she still really liked him.

He was warm, friendly and she knew he, well he liked her. She saw him one day with a female. She was pretty and young, a brunette with long hair. She thought they looked great together. Even then when they stopped and said 'Hi', she knew he was thrilled they’d run into each other, as was she.

At the same time she sensed the woman staring at her. She assumed it was someone fairly permanent in his life and the female looked as if she knew there was something….between them. Even though nothing was going on, neither could deny the intangible attraction they felt for one another.

She was leaving the city and she told him she was moving away. They embraced and as their eyes connected, she drank in both his good looks and the depth behind his eyes until gazing at him further would have been…telling.

Time moved on and so did her feelings, or so she thought. There was one occasion she had to call him, an excuse really to call. She could hear his delight when he discovered it was her.

She didn’t want to appear overly friendly and she kept the call business-like. He rang off without any further talk.

As the wheels turn slowly, so did the cycle of her life and fantastically she found herself back in her hometown after almost three years.

Sooner or later she knew she would run into him since where she lived was nearby to him.  Sure enough they passed one another one morning. She was thrilled to see him, yet it was excruciating and it was as if she’d never left but she had moved on in many ways. The attraction they both felt for one another was still there.

She asked him to go for coffee but he declined. It was as if he was afraid, afraid of her and of his feelings and what he may succumb to.

But as the cycle of her life unfolded she found herself once again leaving her hometown. She was embarrassed and he was surprised but understood, something about….why.

Once again her life traversed the inky landscape of surprise and intrigue and circumstances determined her direction and she found herself back in her hometown, close by to him. While her decisions were at times within her control, there appeared to be a randomness to where she eventually ended up and it just happened to be close to him.

He called her unexpectedly and she told him she was back. He hesitated when hearing this news and then rang off.

She wanted a reason to call him but she knew he was off-limits. Her desire was strong and she fought it, distracting herself as each time the temptation to contact him surfaced.

One morning she gave in and called. His reaction when hearing her voice was spontaneous and warm.

The seasons had turned and the warmer weather meant swimming was as natural as breathing. She knew he swam a lot and she casually mentioned she was going to North Beach on Friday and he said he too was swimming there and that maybe they’d see one another.

She arrived at the beach and was nervous about the possibility of seeing him. She changed and made her way to the main beach. There were people everywhere and she didn’t know if she’d even run into him.

As she approached the water, she suddenly saw him running across the shallows. Her heart leapt as he approached her and he took her hand. They swam and dived in the surf, breaking through the waves embracing and laughing before disappearing under the water.

Surfacing, the water was calm as the breakers petered out. Bobbing gently she studied his features. His hair fell straight on his forehead and the glistening water made him look rugged and healthy. He swam towards her, stopped for a moment before lifting her up. Clasping his arms around her waist, she stirred as their bodies locked.

She held his shoulders and slid back into the surf while draping her arms around his neck. Their lips connected and the taste was both sweet and salty. She wrapped her legs around him and they discovered each other.

The surf rose again and the breaking waves separated them. He swam away. She wasn’t sure what to say or do. As he swam towards the shore, she wanted to call out if they’d be seeing one another again but instead she watched him as he left the water and blended in amongst the beach goers.

The days following were a blur. She was desperate to call him but felt bound by an unspoken agreement which had somehow hung in the air after he had left the water. She moped around, absent-minded and unable to shake her feelings.

As the days rolled by, she knew she had to begin anew. She couldn’t live so near to him and act as if nothing had ever happened between them.

The holiday season was approaching with celebrations, parties and get-togethers filling venues, bars, clubs and restaurants along the east coast. As well, the Sydney Summer Arts Programme would be launched next month and all the bars along the Harbour would be hiring, including the Opera House bar.

She packed her bag, as tomorrow she would begin the 1,400 km journey east. She would be far away from him again, yet she sensed this time it would be for good. 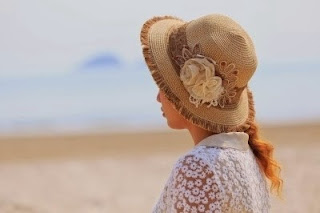