She raced home, elated he had rung, but confused by her strong feelings and concerns about getting burned…..again.

Despite her reservations, she tore off her work clothes, flinging them in a pile. Pulling on her swimmers and summer shift, she grabbed a towel and headed out.

Once again she experienced a strange sensation of déjà vu walking to the beach and in her mind she returned to Adelaide where she’d awaited to meet him at the beach.

Shaking her head, she dismissed the thought and carried on towards the rock pools. As she made her way down the windy stairs, she saw him, standing over on the grassy knoll.

Yet again, her body did not lie and she was overcome with emotion as his smile revealed something akin to …..delight.

It was a natural step for them both to embrace and together they walked into a cove where waves broke over rocks and flowed back out into the open seas.

Livvie guided him over slippery rocks and foamy surf to a smaller cove. It took effort to get to and because of this they were alone on the western part of the headland.

Dropping their towels, they jumped into the pool navigating the choppy waves which mercilessly carried them towards the rocky outcrops, where they’d kick back against the current so as to not connect with the jagged shells, home to sea creatures.

As the swell rose and the waves ran into the cove with a sense of urgency, they both realised it was time to get out. Drying off, they made their way across the rocks and headed up the windy staircase to the Promenade.

Smiling, he suggested they get a bite to eat and they made their way to The Resort. Feeling almost re-born after the swim, he began to ask about how she came to be working in Coogee.

Without too much attention to all the elements of her life, she talked about how she’d fallen for a married man, that she’d fallen hard. It had been swift, the mutual attraction, the way they’d followed through and then…..the dumping…..

She sighed and he could see she was still upset. She continued…’So I realised I could not stay there and not…..be able to see him….so I moved away…'

She smiled and he held her hand. There was a relaxed silence between them.

After a while, he spoke, ‘I am sorry you were hurt Livvie, but I am pleased you moved away…because we’ve met.’

Smiling and laughing he went onto say, ‘And I am not married!’

The pair both broke into spontaneous laughter just as the waitresses appeared to take their order. 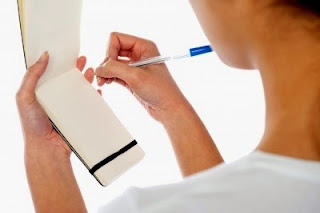 Image courtesy of stockimages at FreeDigitalPhotos.net