It had been 12 weeks since she’d left Adelaide….and him. As anticipated, there were plenty of places hiring in Sydney. Rather than head to the city, she thought she’d follow her heart, sort of put herself first for a change.

She made her way to Coogee and checked into a hotel. She budgeted for a week for this type of accommodation. In that time she’d have to find work, though, otherwise managing would be a lot harder.

She did not need to wait long, as she approached reception enquiring about work at The Coogee Bay Hotel, she was told to take a seat while the Manager was called.

The Manager appeared a few moments later, a young and efficient looking female. She sized her up before announcing, ‘Hello, I am Lucy, Manager of the Bar and Restaurant, and you are?’

She stood up smiling and extending her hand said, ‘Hello I’m Livvie. I saw your sign outside. I’m looking for work.’

‘Ok, so you can pull a beer, mix drinks and take orders?’ said the Manager.

Smiling, Livvie, replied, ‘Yes.’ She turned away and opened her bag, producing referees and offered them to Lucy.

Lucy had a cursory look and smiling said, ‘I’m a pretty good judge of character and I like the look of you. Come back at 6:30 and we’ll get you started.’

Livvie’s initiation into bar and restaurant work was demanding, yet exciting. While she made a few stuff-ups, at each shift she got better. Lucy was pleased with her progress and gave her more work.

When she wasn’t working, Livvie had time to swim in the rock pools and discover the Sydney headland.

Memories of him gradually faded as her life revolved around shifts, swimming, eating, sleeping and walking.

Not long after she secured work, she started looking for rentals. There were plenty of shared places and Livvie looked at a couple of them but she really wanted to live on her own.

She wasn’t sure how she was going to afford it with basic one bedroom apartments well exceeding her weekly wages.

Still undeterred, she continued to search and moved to the Youth Hostel where a bed was a lot cheaper, sharing in bunk beds with others.

She continued to show potential in her job and as the months past Lucy gave her opportunities to manage the bar and restaurant. Livvie loved it and began to learn the hospitality business.

Still living at the Hostel, she was told of a student seeking a boarder, not far from Livvie’s work. After her shift, Livvie went to meet the student.
As they met, Livvie learnt she was studying at Sydney University and she showed Livvie the apartment.

She said she spent a lot of time with her boyfriend and her parents in Hong Kong paid the rent. She spoke in halting English, explaining her parents did not know about her Australian boyfriend.

The bedroom was little more than a linen cupboard where a bed folded out from the wall. Schoong, the student smiled at Livvie, explaining she could have it for $70 a week.

Livvie took it, relieved to be out of the Hostel and able to have her own ‘space’ at a fraction of the price she’d be paying elsewhere. She moved in that night.
True to her word Schoong, was almost never at the apartment and when she did, it was only to collect clothing and do laundry.

Livvie had the run of the place, a beautiful location overlooking Coogee beach. Each morning she sat on the balcony, eating breakfast and looking out across the coastline before leaving for work.

After her shifts, she’d go back to the apartment, change and walk to the beach swimming in the rock pools and walking on the headland before returning to the apartment as the sun went down. She lived cheaply and was happy.

Image courtesy of  suphakit73 at FreeDigitalPhotos.net

One day at work, Livvie was asked to fill in for the Events Coordinator who had broken her leg while abseiling in the Blue Mountains. She was rapelling when the joining knot on her rope unexpectedly worked itself loose and she fell badly.

Fortunately for her she landed on a rock ledge, otherwise she would have met an ugly demise cutting her skin to shreds on the rock face’s sharp edges. The accident meant, though she would be off work for several months and even then would have limited mobility until her leg healed. 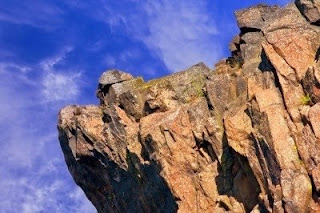 Livvie, ever the opportunist, seized the chance to showcase her talents while covering for her colleague. Her strengths did not go unnoticed, especially when an event went well and the workplace received enormous feedback.

Before long, Livvie had been given the title of Corporate Meetings Manager and was earning a sound pay cheque.

She found the work intoxicating and lived for the thrill of giving great service. With this attitude the events grew greater in numbers and at the insistence of Livvie, the Hotel began providing a wide range of digital services to meet the increasing demands of customers.

This increase in service perpetuated an upwards swing in business and the Hotel renovated its Penthouse Suite to meet the lucrative demands for Venue Hire.

One day Livvie was preparing a room for an event and unexpectedly she was paged to reception. When she entered the Lobby, the Hotel Clerk directed her to a suited male standing nearby.

Smiling, she extended her hand. The man stepped forward and took it warmly saying, ‘Hello, my name is Jason Fortune, pleased to me you, er it’s Livvie, isn’t it?’

Livvie’s heart skipped lightly under her shirt and she felt her cheeks flush. Smiling she said yes and ushered him to lounge chairs in a quiet area of the Lobby asking how she could help.

He explained a group of developers were arriving in Sydney next week and he needed a meeting room. He apologised for the short notice but the meeting had only just been secured a few hours ago and he was in desperate need of a venue in the area.

Livvie sighed, explaining their meeting rooms were heavily booked until November 2016. She looked at the Venue Calendar and said, however they occasionally kept one room on standby for customers like himself. She did stress, though the cost would be high.

Jason shook his head and said money was no problem.

Livvie stood up and said, ‘Come this way.’ She escorted him to view the meeting room on the Top Floor of the Hotel. It was the renovated Penthouse Suite and it overlooked stunning coastline, had access to a private pool and change facilities.

Jason did not appear to even notice the opulence of the venue, nor did he seem to be concerned about its cost. Upon stepping into the room, he announced, ‘I will take it.’

Smiling, Livvie took his details and holding deposit. Jason flashed her a winning smile. Livvie experienced shooting sensations down her legs as their eyes connected.
He held her gaze several seconds longer than expected and they both erupted into nervous laughter realising their attraction for one another was mutual.

They both stood still a few metres apart, each sensing the tension building between them.

He slowly stepped towards her, asking quietly, ‘Am I being too bold?’

Livvie shook her head ever so slightly and he moved closer, tilting his head to connect his lips with hers. She lifted her head and gasped as she felt his silky caress envelope her senses and their tongues gently connected, building a simmering passion of exquisite desire so intense they both knew they’d be hard pressed to control their overwhelming emotions for a moment longer.

Torn between desire and the surreal moment, they suddenly broke apart. Jason stepped back and adjusted his hair.

‘I’ll, …I’ll…call you, Livvie.’ With that he stumbled away and exited the room.

Livvie, momentarily closed her eyes. Opening them, she took a deep breath and she too, left the meeting room, re-focusing her mind.

The rest of the day became a mechanical blur as she executed her tasks devoid of any emotion and was relieved when her shift was complete.

She tried hard not to analyse their actions and it was only when she was leaving the Lobby that the experience came back to her. The Hotel Clerk, motioned to her and as she approached him he explained she had a call on Line 1.

She said, thank you, taking the call.

Livvie spoke into the receiver, ‘Hi Jason, look, I’m fine. It was the moment, the…..the attraction….’

The line was silent and then Jason spoke faintly, ‘Can we meet, you know, see one another…I feel as if I have known you for a long time..’ 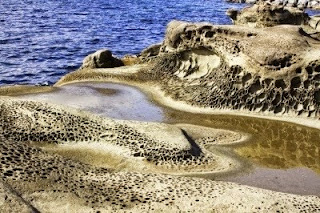