He thought long and hard about his situation, desperate for change, yet he knew to change would come at a cost. He would have to acknowledge his past.

Commitments meant he simply could not put himself first, so after the initial crisis had passed, he got on with it, without any real support to deal with his feelings brought on by the disturbing experience.

He talked to his girlfriend and she was supportive but she had a harshness to her which did more harm, throwing his feelings into a deeper state of turmoil.

He knew it was the only way she knew to express herself, yet her reaction compounded his feelings, making him incredibly guilty for experiencing such overwhelming emotions.

He limped along. His experience simmered below the surface of his emotional life. He expressed it to her and she tried to help but many times threw it back at him.

He debated about leaving her. When she came in after they’d had a row, however he looked at her and realised his love for her was deep and together they hugged wanting to work it out.

He had always wanted a College Degree. He had made up his mind he was going to enrol but wanted to discuss it with her. It would be night school.

He was desperate for change and he saw this as a way out, a long term goal and he was ready to start.

She agreed, hesitating on her decision but gave him her support.

As the year began anew, so did his, with a new dimension – night school.

His emotions over the New Year bubbled away. They simmered like a slow cooking casserole. He continued with routines and this helped focus his mind on the present.

One day, he could no longer deny his overwhelming emotions, his disturbing experience, relationships and study commitments. He called out, ‘I need help.’

He put his hands in his head and cried, ‘I acknowledge the past and the affect it has had on my emotional life. I forgive those who intruded on me and I am ready to move on.’

He wept uncontrollably. His shoulders shook with the force of this outpouring as he purged.

After, he lay down and closed his eyes, sleeping soundly.

Upon awakening, he stretched and realised he could not do it all – of course he wanted change but he knew it would be at a slower pace. It would require him to integrate it into the patchwork of his life, amongst everything else. Eventually it would blend and be no more significant or any less than all the other experiences he’d accumulated.

More importantly he acknowledged its affect but realised it was time to move on. He rose, grabbed his bathers and towel and headed to the rock pools to celebrate. 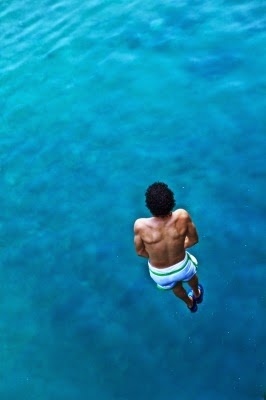