The paramedics approached and knelt by Ric. Checking his vital signs, they asked questions. He pointed to the side of his abdomen. There was a short discussion between the pair and the taller paramedic opened the back of the ambulance and pulled out a Guernsey.

The other one spoke with Sara asking if she was related to Ric. She said they were friends, travelling together.

When he asked her if she knew his date of birth, she shook her head. When Ric was wheeled into the back of the ambulance, the paramedic ushered Sara beside him.

She had carried her phone with her on the inside of her shorts in a pocket. Pulling it out she frantically looked up Steele’s number. 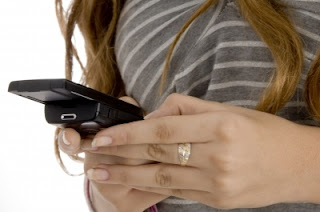 Hitting speed dial, she willed him to pick up and after the 4th ring she heard Steele’s voice. Without any pleasantries, she launched right into telling him Ric was unwell and in an ambulance on the way to hospital.

After a while Steele said, ‘It will be ok Sara, he is receiving medical attention. Can you call me when you get to the hospital?’

Crying, she said, ‘yes,’ and the line dropped out.

The waiting area was crowded inside Emergency and Sara asked, ‘What’s happened?’ to the paramedic who had spoken with her after Ric’s collapse. He said there had been a pile up on Le Freeway A63 with rescuers still there working to pull the injured from the wrecks.

He went onto say, ‘Two are in surgery now.’

Hearing this, she anxiously asked, ‘When will Ric be seen?

The paramedic shook his head and said, ‘We cannot say, he has pain in the abdomen with vomiting but the others….for now are a priority…’

Gripped with worry about Ric, she looked at him lying on his side on the Guernsey, knees curled. The paramedic said Ric would get pain relief as soon as they knew what was wrong.

Bowing he said, ‘I will return shortly.’

Concerned about medical resources being used elsewhere, she grabbed her phone, telling Ric she would be right back.

She hurried to the ward’s entrance and quickly dialled Steele again. He picked up after the second ring.

Crying, her words tumbled out and Steele asked her to slow down. She told him medical staff were treating badly injured people from a car accident and that she didn’t know how long Ric would have to wait.

Cursing, Steele said, ‘Sara, you have to stay calm. There was silence and then continuing he said, ‘I have a friend, a colleague. His name is Herve and he lives in Marseille. Give me a minute, I have to call. I will ring you soon.’

He rang off and Sara shuffled to an empty chair in Emergency and sat down. Exhausted after running the marathon and shocked at Ric’s sudden collapse, she put her head in her hands, desperate to block everything out.

She would have stayed this way if it was not for a tapping on her knee. She opened her eyes and in front of her was a child, no more than 6 years old. He stopped as she saw him. He had a lollipop in his hand and his large, brown eyes watched her as she held his gaze.

After a while, he cautiously extended the lollipop to her. She took it and half crying and half smiling, said, ‘Thank you.’

He looked at her shyly and hardly blinking his big brown eyes, he watched her again for several moments. She returned his gaze. After a while, he turned and ran back most likely to his mother. She was nursing a baby and had a toddler by her side. At the toddler’s feet was a bucket. She smiled and Sara smiled back. Unwrapping the lollipop, she put it in her mouth, finding the tangy flavour a welcome distraction. As she did her phone rang. Answering it, she heard the familiar sound of Steele’s voice.

‘Sara,’ he said, ‘I have good news. I spoke to Herve and he is driving now to the hospital. He has your number and I will text you his. Be strong, Ric is depending on you.’

Sara choking back tears, nodded and she said, ‘Ok, I better go back to Ric.’

‘Do that Sara,’ he said ringing off.

Before she did, she gave a friendly wave to the mother and little boy who had given her the lollipop. As she did, a name was called. Watching as the mother stirred, Sara realised it was her. Overladen, as she stood up, Sara went over and said, ‘Let me help you.’

She took the baby as the mother carried the toddler asking the little boy something in the local language. Sara watched as he carried the bucket and followed his mother into the treatment room. Sara walked with them handing the baby back as the toddler was placed on the bed.

Medical staff gathered around and the mother smiled at Sara who farewelled her, giving a big wave to the little boy, jumping playfully beside her. Sara welcomed the child’s joie de vivre, before turning her attention once again to Ric.

Sara went to his side and could see straight away Ric had not improved. She asked a nurse how long to get attention. The nurse did not reply but instead offered painkillers. Sara gave them to Ric.

Suddenly her phone rang, ‘Hello, Sara,’ said the speaker on the end of the phone.

‘Yes, I am entering Emergency now.’

She leant across to Ric explaining to him Steele’s friend had arrived and she would be right back.

He did not react and she quickly walked to the Emergency’s entrance.

She knew it was him, as he came through the doors. She smiled and said, ‘Hi, you must be Herve.’

Returning a smile he said, ‘Yes hello, it’s Sara, isn’t it? So nice to meet you. Steele called me and told me the news about Ric. I know both Ric and Steel well, so please let me help.’

With that she took him through to the treatment cubicle where Ric lay on the Guernsey.

Ric opened his eyes and waved and said, ‘Herve, what a way for us to meet again and you seeing me like this.’

‘Yes,’ said Herve, ‘You certainly have got yourself into a bit of trouble. Let’s see what we can do.’

With that he approached the nurse’s station and he began speaking to one of the staff members. Sara observed his calm tone and manner as he spoke quietly. As Herve gestured towards Ric, the nurse nodded. 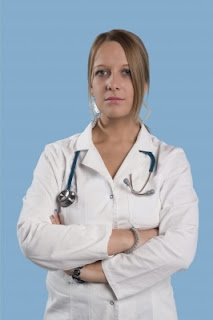 Herve looked at Sara, waving his hand slightly and mouthed the words, ‘wait’ as the nurse made a phone call.

Sara motioned with a slight nod of her head without saying anything.

The nurse’s call ended and she spoke to Herve. He became animated as she told him news.

The assistant continued and Herve said, ‘Merci beaucoup.’ (Thank you a lot)

The song is about a journey. It might be your journey or is it mine - a new job, a new relationship or a material journey. Whatever, know that as we traverse the inky landscape of surprise and intrigue, we light our own paths to reach our destinations.

'On we march 'til we meet the dawn, we will light our way with our lanterns on.'


Image courtesy of imagerymajestic at FreeDigitalPhotos.net - (1)


Image courtesy of patrisyu at FreeDigitalPhotos.net - (2)