Sara’s routine after the encounters with Ric consisted of daily running and working. She wanted to see him again but knew he’d most likely have to show up at the gym if this were to happen.

As if fortune had smiled upon her, Ric did show up a few days later as Sara prepared to take one of her cardio classes.

Sara greeted Ric as he entered the room. Approaching her, his eyes lingered. They made small talk and Sara asked him where Gayle was. Ric said Gayle decided not to join him and he laughed, patting his midriff explaining he thought he ought to workout.

Together they laughed and the tension in the air was gone. Relaxing, they sensed an easy silence and as the room filled up with people, the moment was broken. Sara stepped away from Ric and said, ‘Let’s do it.’

He quickly moved to the back of the room.

Sara swung into her role skilfully turning the music on and prepping the class by waving her arms above her head and moving her limbs in time to the song’s fast tempo. She forgot about Ric, foreign lands and running as her focus switched to presenting a thorough, well-executed session to the group, who had paid money, as well as given up, often precious time to do the class.

Even so, Sara knew a lot of needs were met at the classes with socialising, weight loss and stress reduction.

Throwing her heart into the class Sara lunged, squatted and moved vigorously, motivating each one of them to dig deep to find that drive to extend their personal boundaries. 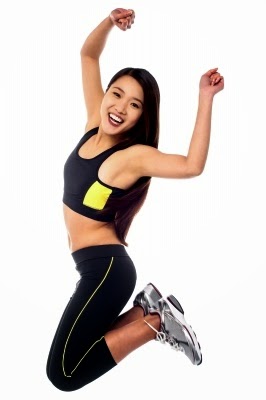 With the overhead fans whirring and the air thick with sweat, Sara knew she had done her job and done it well. As she commenced the warm-down sets, people bent down to take sips of water from their drink bottles. As they wiped sweat from their necks, she knew the class had been good.

Sara too gained from the sessions, primarily maintaining fitness. This was important to her since peak fitness would be key in reaching her running goal.

As the class finished and people exited, Ric moved to the front to speak with her.

She smiled, as he lifted his T-shirt as if to get fresh air circulating over his overheated body and commented, ‘You really know how to work it, Sara.’

Sara replied with ‘Yes, I just like to show off, because you are here, Ric.’

He laughed, enjoying her style and in turn asked cheekily, I just might take you up on your offer of showing me some tips to shift weight.’

He smiled as she said, ‘Sure, I’ll show you some.’ She continued with, ‘and I will be kind to you.’

She took a sip of water and the easy silence they experienced earlier, returned.

‘C’mon, I’ll show you some tips now,’ she said, gesturing to Ric.

With that, she had him on his front on the floor in a planking pose, instructing him to raise first one leg towards his chest and then the next for a count of 10 for each leg.

She could hear him groaning but he continued.

When he was finished, she got him to relax while getting a medicine ball.

He groaned again, putting his head in his hands as he commented, ‘It sounds like punishment.’

She laughed and he said, ‘You’re enjoying this, aren’t you Sara.’

She replied, ‘Ric, I am getting you into shape,’ and then continued, ‘join me in Marseille, run with me.’

She grabbed the medicine ball and sitting beside him proceeded to move the ball from one side of her body to the next counting to 10. When she was finished she handed him the ball and said, ‘Your turn.’

Ric grabbed the ball and starting on his right side and counted to 10. He paused and then continued, this time on his left side again to a count of 10.

She gave him more exercises and talked to him about the marathon, asking again if he wanted to run with her.

In between doing the planking and Russian twists, he said, he’d love to join her but did not know if he would be fit enough.

She laughed and said he had several months to get into shape and said he could join her running group as well.

There was silence, both lost in their own private thoughts. Eventually Ric said, ‘I have to go – I’ll think about the training and ….the marathon.’ He paused and said, ‘It’s a big commitment.’

Sara did not press him and simply replied, ‘Ok.’

He went on, ‘I’ll see you next week, and waved towards the room. He paused and said, ‘and I will look forward to joining you and your group, er I am a novice….’

Smiling Sara, ‘No problem. Ric, you are always welcome.’

They exchanged a sultry embrace and just like the other evening, both went separate ways delighted to have shared another interaction. 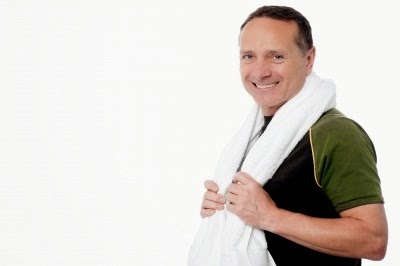 Images courtesy of stockimages at FreeDigitalPhotos.net