She’d had a busy day after filling in for Toni, taking the private training session alongside her usual, cardio, box fit and stretch classes.

The last thing she felt like doing was grocery shopping but knowing there wasn’t any food in the house motivated her to write a shopping list and without even changing out of her sweats, she made the short trip to the grocery store.

On arrival, she grabbed a trolley and made the familiar journey through the fruits and vege aisles, picking up a hot chicken on the way and continuing on. 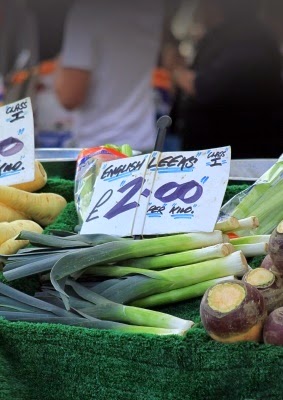 She was relieved it wasn’t overly busy. Some nights it was hard going navigating through throngs of people to bag tomatoes, carrots and apples and then manoeuvring the trolley alongside poultry and beef displays where accessing meat was near impossible as shoppers lingered over their selections.

Tonight she had free reign, easily collecting trays of meat from the near deserted displays. She turned smoothly into the spreads aisle picking up peanut butter, Nutella and bread.

Down the next aisle she navigated around stock, workers and ladders and eventually got to the bottles of sparkling water where she grabbed four.

As she approached the margarine section, she recognised the couple ahead of her.

‘Crap,’ she thought, not that she really knew them well, only having seen them in her classes, but if passing, she’d feel obliged to say ‘Hi.’

If not so desperate for margarine, she’d swing right and avoid them but she needed a tub, so instead steered her trolley close to theirs to get to the margarine. Reaching over, she grabbed the nearest one and made a hasty retreat. As she did the male of the pair turned her way and eye contact was inevitable.

His wife behind him, looked up absentmindedly and she said, ‘Hi Gayle.’

Gayle returned a neutral look, almost surprised to hear her name.
Ric laughed and said, ‘Hi, Sara, our fantastic instructor at cardio which we haven’t been to in a while. How are you?’

Sara nodded and replied ‘I am well.’

Without pausing he suddenly launched into a story about a recent visit to Europe, the Middle East and Turkey. He said they’d stayed with a friend, a Charge De Affaire in Istanbul.

Sara said how wonderful and told him how she’d been to see the Water Diviner and the scenery at the Gallipoli Peninsula was amazing and that she’d love to visit.

‘Go,’ said Ric, ‘and you are most welcome to stay with our friend.’
Gayle looked surprised at the sudden invitation.

They talked about the futility of World War One, the land grab of the Ottoman Empire, the slaughter of thousands of soldiers at Gallipoli and how no country truly was a winner.

Once again, he urged Sara, ‘to go, to go and stay with Steele.’ He clarified that was their friend.

‘There’s plenty of room,’ he continued.

Ric went onto tell Sara, Steele had a spacious apartment in Istanbul. Sara’s eyes lit up, intoxicated with images of a foreign land.

Gayle observed her husband’s interaction with Sara, slightly bemused. Perhaps she had good reason since Sara had handsome, Amazonian-like features. She took daily fitness classes and it showed. Her sweats shaped a strong, athletic, and buxom physique.

Despite this Gayle said, ‘Ric, I’ll just go down the end and get a few items.’

‘Ok,’ he said, barely moving his eyes away from Sara. He pointed to a quiet corner near the chocolate milk coolers and they both moved there.

Ric fascinated Sara. Moving easily, he oozed charm. She knew he had European origins and was thrilled when he rolled names off his tongue such as, ‘Steele.’

She listened enthralled as he told stories of living and working across Europe and the Middle East.

They covered a lot of ground in a short space of time and he read her emotions easily conveying what she wanted to hear while delivering his messages sincerely. He was attuned to her and she felt it was as if he had momentarily peered into her soul.

‘Look,’ he said, ‘I must tell you more, but not now. I…I have to go…’
He trailed off and then moved towards her.

He paused as if willing her to agree. She nodded silently and he was gone.

Taken aback by the unusual encounter, she collected the last of her items and proceeded to the cashier, desperate not to bump into them again.

Finally, she left the store and arrived home.

She slept fitfully, dreaming about crystal blue coastlines, mixed with disjointed themes and people she did not recognise. Upon awakening, the events of the night before came flooding back to her including the pleas of Ric to meet again.

She got up and remembered she had arranged to meet a friend for a run. She cancelled and debated about meeting Ric at all. She was afraid, afraid of where it might lead, if anywhere. She liked him though. He was older and he gave her what she needed. Anyway, she found him eternally fascinating. She made the excuse she’d need to collect a few items and if he was there, well fine it would be a casual encounter.
Feeling satisfied, she set about enjoying the day.

As the time approached, she nervously grabbed her wallet and left to drive the short distance to the shops. In the store, she casually grabbed a basket and threw in a few items.

As she made her way to the back of the shop, she saw him ahead by the chocolate milk coolers. She approached him and smiling, he greeted her.

‘Sara’, he said, ‘so nice to see you.’ His eyes held hers and he gestured towards the front of the store. ‘Look,’ he said, ‘let me take those few items through for you. I know a lovely cafe not far away.’ He smiled warmly and Sara desperate for a fix, walked with him.
She told him about her work and her dream to compete in one of the marathons in a foreign land, part of the European Summer Marathon Circuit.

He listened excitedly encouraging her to make a side visit to Turkey while there, repeating again she ought to stay with Steele. Better still he said, he could meet her there.  After all, he said, Steele was always inviting him.

He continued, stating he could be her support on the marathon. He said, he knew the region well having worked and lived there most of his life while holidaying often in Provincial France.

Sara paused before speaking. She didn’t like to but she had to ask, ‘Ric, what will Gayle think…’

Her voice trailed off.

He shook his head emphatically and speaking quickly, said, 'You and me, it’s friendship. Gayle will come…both of us will be your support.’
She was silent and then said, ‘Speak with Gayle.’

He nodded and diverted the conversation, asking about her work. She happily told him it was ideal, keeping her fit, especially since she was keen on running, most likely at Marseille. She giggled and said she would show him exercises for his midriff.

He laughed and spoke about his passion for food and wine and said he would love to get some tips from her. They chatted until he knew he had to go. They got up and he walked her back to her car and as they parted he embraced her.

Driving off, she waved goodbye, but she felt a sense of uncertainty as to whether she’d see him again while musing about visiting a foreign land. 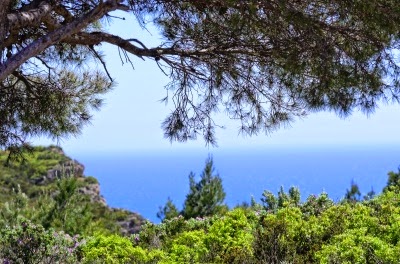