On the way to the airport, she wiped her eyes and Ric looked on. She excused it saying it was the emotional experience visiting Gallipoli. Ric comforted her but it only made it worse as Sara felt she had betrayed Ric.

Once they were airborne, Sara settled down as the views out of the plane distracted her.

Ric, making attempts to get her smiling and unaware of the interaction with Steele patted his stomach and cracked jokes about having a spare tyre. She couldn’t resist his banter and playfully pushed him.

He made noises, making her giggle. She shook her head at the situations she found herself in.

Finally they arrived in the Province and with Ric speaking French was able to direct the driver to their hotel. Sara looked out of the window with her focus now on the finale of their journey.

After checking-in at the hotel, she feigned tiredness and stayed in her room, ordering a meal over dining with Ric. At the time she could see he was hurt but she was lovesick and on top of it all, she felt as if she was toggling between them. With her main focus now on crossing the line in a few days, she couldn't afford to wallow in self-pity. She watched some TV and got an early night. After all, the thought of her long-held goal slipping from reach at this late stage in her journey was unfathomable.

She had slept soundly and now awake, stretched languidly. Looking forward to the day she got up. 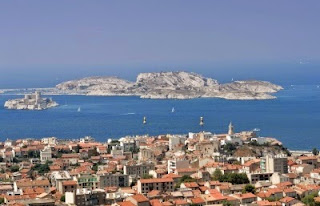 Rummaging through her bag, she found her medical certificate, verifying she was fit to run and having seen Ric's a few days ago, she relaxed confident their plans were on track.

She pulled on her sweats ready to meet Ric for breakfast. The night before they had decided to do a reconnaissance of the circuit. She had gotten maps of the local region from the Concierge and booking accommodation close to the race’s course meant they did not have far to walk to reach the run's route.

Just after 9 am she heard a light tap and Ric calling out her name.

Opening the door, she was greeted by a smiling Ric.

Together they walked to the breakfast room.

Sara was feeling much better and Ric sensed this. He said she seemed like her old self.

Chatting, she said she was looking forward to their run today.

After breakfast, they made their way outside and headed towards the city's waterways. Sara gave Ric an encouraging look as they pounded a different kind of pavement in a foreign land.


After running 10 kms, Sara stopped. Panting she said. ‘Ric, we’re done. A rest day tomorrow and then we race.’

Breathing rapidly and bending over he nodded.

Sara waved in the direction of a nearby park, saying, ‘Over here, Ric.’

Ric sat on a bench while Sara bought water and together they sat recovering, each lost in their own thoughts.

The following day, Sara slept late, meeting up with Ric for a leisurely breakfast. Conserving energy, they spent the rest of the day by the hotel's pool.

Sara told Ric she would stay with him during the run. After all, she said, ‘crossing the line together will round the trip off.’

She touched his arm and said she was lucky to have him here.

Neither spoke about Gayle or Steele nor their strong feelings for each other - the forbidden love they wrestled with.

Sara sighed and said she was going to her room but would see him later at dinner.

She touched his arm again and her hand fell away. She left it there for a few moments before getting up.

He watched her, and could not deny his love. Distracting himself he dived headfirst into the pool, swimming vigorously. 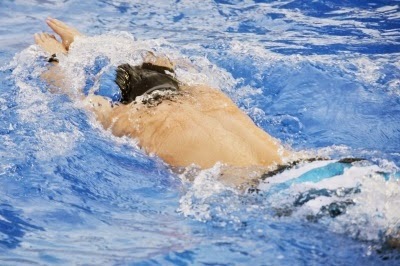 Sheppard on board the 112 performing Geronimo!