Race day dawned. Awakening, Sara looked at the time and seeing it was on her side got up. Opening the curtains, she smiled as the skies foretold clear weather.

She walked around the room and drank a glass of water before stretching. She moved her arms down her legs. Breathing deeply, she performed windmill workouts, touching opposite feet with her hands. 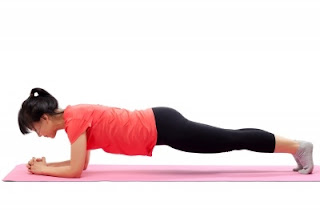 Getting onto her feet she lurched into a series of scissor kicks and with her mini workout almost complete, Sara finished off with butt kicks.

Knowing energy conservation would be vital in crossing the line today, she joined Ric for a relaxed breakfast after showering and dressing. She felt good but focused, determined to meet any challenges the day might present.

Within walking distance from the hotel, Ric and Sara made their way to the run's registration station weaving through crowds of runners and spectators to finally reach the city's bustling pedestrian district. It was here they joined throngs of runners, all queued and presenting their mandatory fit-to-run medical verifications. This which would seal their place in today's race, a key event in the European Summer’s Marathon Calendar.

Officials called for order as the masses pushed to get their medical certificates verified, names recorded and numbers issued.

Sara and Ric’s alarm at the volume of racers competing intensified as announcements echoed throughout the precinct. The crowds sprawled across the cordoned off streets and grassy verges of the city’s centre.

Either side of the barriers, people gathered pressing close to the run’s thoroughfare so as to get the best possible vantage points and a closer view of those daring enough to participate in today’s event. They would observe well-prepared runners and those whose lack thereof would be their undoing as the race’s challenges would prove overwhelming.

Spectators gathered as fire-eaters extinguished slow burning flames almost as if swallowing marshmallows and the gasps of a few became contagious, rippling through the crowds, itself like wild fire. Musicians entertained, rattling pandeiros and strumming guitars. 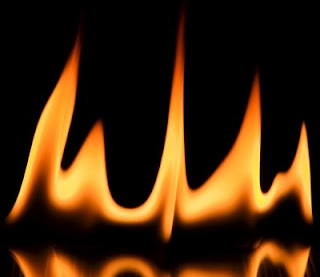 People laughed and jostled as singers competed with intermittent announcements echoing across the precinct.

Sara and Ric looked at one another and Ric touched Sara’s arm. Leaning in close, he spoke words of reassurance.

Smiling, Sara shuffled patiently beside him. Finally it was their turn. With their names recorded and medical certificates verified, Sara and Ric were issued with numbers and pins.

Stepping away from the restless line of runners, they fumbled with the possessions, eventually pinning the numbers to one another’s tops.

Relieved the mandatory pre-race component was complete, they walked to the Participants’ Only Zone ready to run when the marshal’s gun signalled its start.

Once inside, Ric and Sara faced a 2x5m white banner, hitched across the city skywalk billowing in the light breeze, emblazoned with the words, START.

Sara looked at Ric who appeared serene. She touched his arm, exclaiming, ‘Ric, we will stay together.’

Smiling, she gently squeezed his arm and their eyes locked as they too joined the masses ready to run the race of their lives.