The car finally stopped at the entrance to an apartment complex overlooking the Marmara Sea.

Steele turned and smiling said, ‘Sara, welcome to your home for the next few weeks.’

Sara returned the smile with, ‘Thank you.’

As the car came to a halt, they all got out and Steele escorted them up the steps of the apartment as the driver collected the luggage.

Steele spoke and said, ‘Abdi will show you your rooms. The Anzac celebrations start in a couple of weeks.’

Smiling he continued, ‘Sara, your services will be needed, with the wives, you know, it’s their free time, they want to…keep fit….’

The door swung open as they walked to the entrance of the apartment and a Turkish man greeted them, ‘Merhaba, Merhaba.’

In halting English he continued, ‘I am Abdi.’

After a lot of commotion with luggage being hauled into the house and Steele talking, Abdi showed Ric and Sara their bedrooms.

Abdi went on, ‘I give you bottled water in the cooler, please, dinlenme, dinlenme.’

Abdi motioned with his hand and flicked a switch giving life to the overhead fans in Sara’s room.

Stepping backwards he escorted Ric down the corridor. Sara called out, ‘See you later,’ to Ric.

She shut the door and looked around at her spacious bedroom. She unzipped her bag and put her clothing away in the nearby drawers.

Having eaten on the flight, she wasn’t hungry. She did however, open a bottle of water, quickly draining it.

She wandered around and opened a door, revealing a bathroom.

Rummaging through her bags for shampoos, Sara undressed and ran the shower, getting into it. Lifting her face she welcomed the jets of water and closing her eyes, revelled in the sensations as the droplets streamed down her décolletage, midriff and legs before running and swirling slowly, at her toes and disappearing into the drainage hole.

She washed and shampooed her hair and allowed herself one final indulgence, tilting her face again to the streams of water, luxuriating in the moment as the sensations ran over her.

Reluctantly, she switched off the taps and rubbed herself dry. She got dressed and blow dried her hair. Feeling renewed she lay on the bed thinking she would rest for a moment. She didn’t realise though that she would sleep for two hours.

Upon wakening, she stretched and the only sounds she could hear were the whirring of the overhead fans. She lay quietly. Slowly getting up, she felt refreshed and opened up another bottle of water.

Walking over to the full length windows, she opened the sheers where the sight revealed breathtaking views of a turquoise ocean glistening in the afternoon sun. She unlocked the door and stepped out onto the balcony.

The sounds and scenery of a foreign land made her skin tingle. The salty air played around her hair and danced lightly across her face. Hearing her name called, she looked to her left and noticed a pool nestled behind the complex, the water glistening in the afternoon light.

Steele was at its edge. 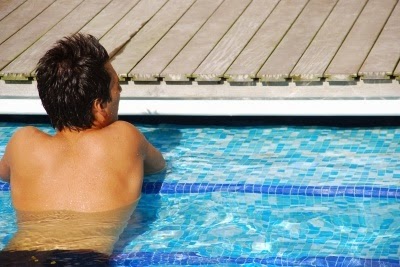 He waved before jumping in and she watched as he kicked across the pool’s length.

She looked at the inviting pool surrounded by a grassy knoll, which descended to a track leading to an inlet connecting the Black Sea to the Aegean Sea.

Laughing she called out, ‘Give me a minute.’

She stepped back into her room and pulled her swimmers from the drawer, getting changed.

Pulling on a shift she left the bedroom. Walking down the stairs, she walked through the living room and the coolness of the marble tiles felt good on her feet as she exited out the front door towards the pool.

‘Great to see you,’ said Steele as she appeared.

She bent down and ran her hand in the water.

Steele swam up to the pool’s edge and playfully splashed her.

Jumping back, she laughed, ‘Watch it, you’re getting my towel wet.’

He pushed back from the edge, and propelled his body through the water.

She turned and placing her towel on the lounge, pulled off her shift. Walking to the pool she leapt in, sending ripples across the water.

Surfacing, she could hear Steele laughing.

‘You certainly live up to expectations,’ he said.

Sara kicked on her back as Steele swam near. 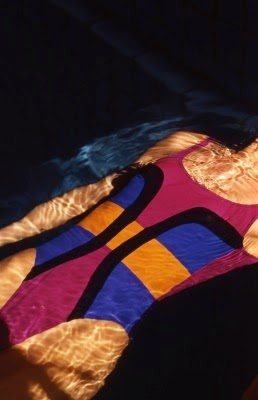 ‘You have come at a good time, your help, will be good.’

Sara swam around and said, ‘Ok, that’s fine. I need to go to the Peninsula. I have ancestors..who died there.’

He went on, ‘Ric told me. I have free days and I will ask Abdi to arrange transport for tomorrow. It is a 41/2 hour drive.’

He submerged his body and surfacing continued, ‘Abdi knows a sürücü who will take us to the Gallipoli National Park. I can then take you to the war cemeteries, including Lone Pine, Shell Green & Anzac Cove…...’

He trailed off and said, ‘Let me race you to the end of the pool.’

With that they both swam fast with Steele, touching the end first.

They laughed. After a while, Steele spoke softly, ‘We must get Ric here.’

Sara smiled and said how wonderful Ric had been.

Steele nodded and said ‘I like Ric a lot.

Sara swam away and Steele followed her.

Without warning Ric appeared, ‘Oi you too, having a party without me?’

Laughing, he dropped his towel and dived into the water.