Ric appeared from the Airport’s entrance and came her way, trundling luggage and beaming.

Putting his hand around her, he said, ‘Come let me escort you to the check in.’ He ushered her to the queue fussing asking if she had her tickets and passport.

She nodded and breathlessly replied, ‘Yes, Ric.’ She went on, ‘I am so nervous.’

They moved up the queue and he said, ‘Yes, I was flustered’ – he wiped his brow with the back of his hand.

She did not ask him to elaborate preferring to let him deal with …family business.

At last they got to the top of the queue and Ric said ‘Yes,’ when the Clerk asked if they were travelling together. He smiled at Sara.

Once through customs they made their way to the departure gate and finally were airborne, destination Istanbul. The flight time was 20 hours and 35 minutes with refuelling via Abu Dhabi.

Sara sighed and looking sideways at Ric, said, ‘We made it.’

He too looked relieved and touched her arm. They both were silent, lost in their own thoughts.

After a while, Sara spoke and began to tell Ric how she had been to visit her dad and told him of her plans.

He smiled and asked, ‘How did he take it?’

‘Pretty good,’ said Sara. She paused for a moment and then continued, ‘I told him I was going with you.’

She smiled and continued, 'he asked if you were alright?'

Giggling she replied, ‘Yes maybe I did….'

Trailing off, he put his hand on hers and time was of no consequence. 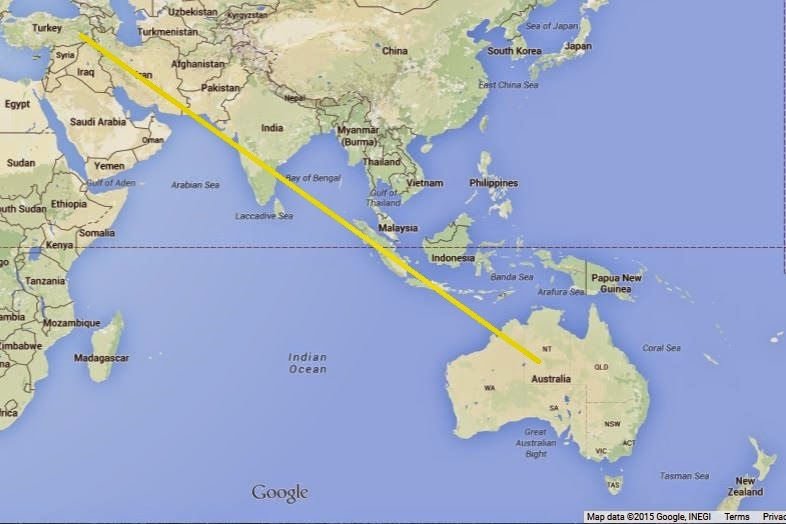